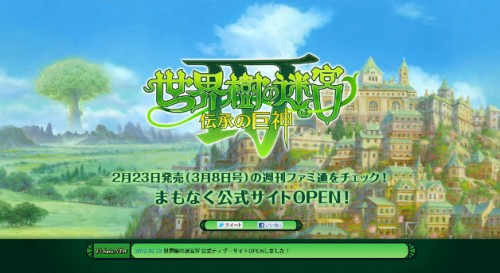 The Etrian Odyssey series began on the Nintendo DS with three games released for the platform. These are very old school RPGs that use a first person perspective, and offer the same intense and grind heavy gameplay that Japanese RPGs had back in the 1980s.

Etrian Odyssey IV was recently announced for the Nintendo 3DS, and Famitsu has shared the very first screens of the game. The game looks to be similar to past games, but with the obvious difference being that everything is now constructed with polygons that actually animate, unlike the previous games which only had static sprites.