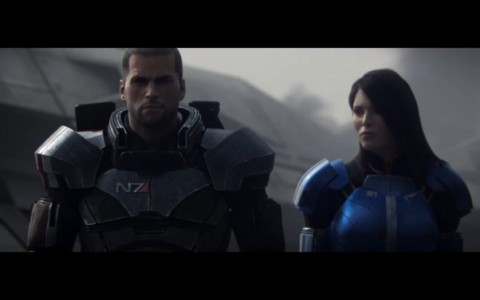 Well it only gets better! A new extended version of the trailer has been released, featuring time-lapsed human-into-husks-ing and a bit more of the mysterious British sniper from the first ever Mass Effect 3 trailer. It, of course, also involves a lot of dramatic music and things blowing up.