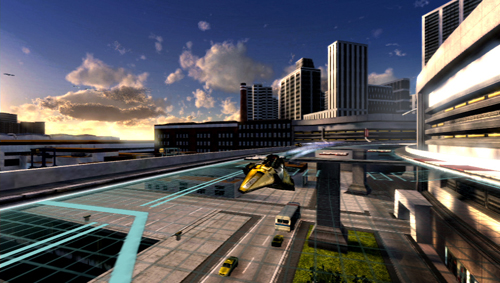 After Escape Plan, I had ventured forth and discovered one of Sony’s two racing games, WipEout 2048. The first thing I have to comment on is the graphics. They are stunning to say the least. The models of the hover vehicles, as well as the environments, are bright and well-designed. I had jumped right into a three lap race, starting in 8th place. Like most games, both physical and Vita-specific controls are available. In WipEout 2048, the motion controls of the Vita are the focus, allowing players to steer the Vita as if they were steering a vehicle. However, I did not try that out, instead opting for physical controls. I can tell you that it will not punish those opting for physical controls. They were responsive, with the triggers acting as acceleration and brakes and the right stick used to make sure no one tries to catch you. So, how did I go? First place.

The sixth game that ended up into my hands was Little Deviants. The level I tried out involved Vita’s augmented reality feature. In this mini-game, the player must protect the deviants from another species kidnapping them. The space is all around you and you will have to turn, look up and look down to shoot them down, using the trigger buttons. Every now and again you will encounter power ups to aid you in battle, like a homing missile or lightning to stun your enemies. It seemed fun, but it may tire the average core gamer. However, it does reinforce Little Deviants as the tech demo of the system, as AR is used quite well.

The last game I tried on the night was Ultimate Marvel Vs Capcom 3. Yes, I had tried the game at a Capcom event earlier this month but, since I missed out on a few characters back then, I had decided to try out other characters, mostly on the Marvel side. Spiderman and Wolverine were my choices, alongside Dante of Devil May Cry fame. Gameplay is mostly restricted to the physical controls, which will please most gamers. However, there is a touch arcade mode where players can use the touch screen to perform hyper combos, assist attacks or just beating their opponent. The graphics are great, but expect static backgrounds with the battlefields. The selection of modes seems slim and it seems Heroes and Heralds will be DLC instead of being packaged with the game as I did not spot it anywhere. 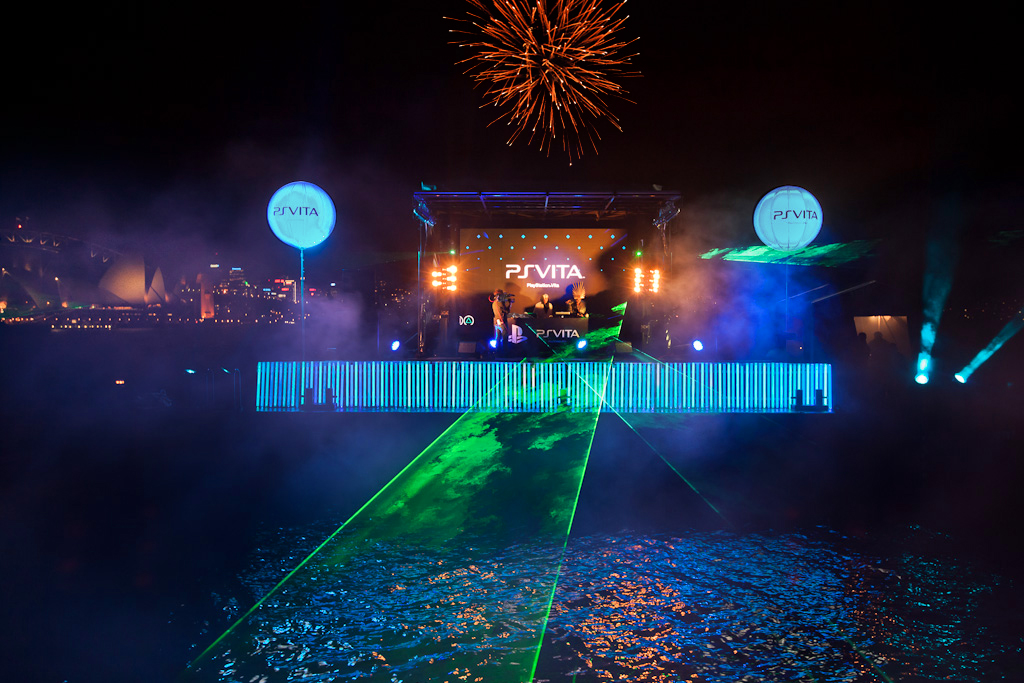 Outside of the games, there was a 20 minute presentation conducted by Sony Computer Entertainment Australia’s Managing Director Michael Ephraim. During the presentation, he had made a few announcements. First up, each Playstation Vita will include six AR cards, with three AR applications available at launch. Social applications Facebook and Flickr will be available at launch as well. The first ad for the Vita, which carries the slogan “The World Is In Play,” was shown, as well as a movie-like trailer for the biggest launch title for the system, Uncharted: Golden Abyss. Another somewhat interesting announcement was the revelation that four Australian developers will be developing games for the handheld. No games, however, were announced. The presentation ended with a fireworks display and a performance by Empire of the Sun.

Anyone who is investing in a Playstation Vita will not be disappointed in the line up of games that will be offered on Thursday. They will cater to all types of gamers, whether you are the sports fan, the racer type or the action type. Even the kids will get a kick out of Little Deviants, or even Rayman Origins and many more. Hearing that it will get Australian developed games is also a bonus, considering that the Vita is another outlet for digital distribution. With what the Vita has to offer, it would be hard to pass up the opportunity to have such an experience on the go.