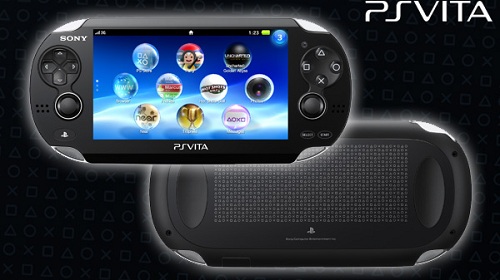 The Playstation Vita launches on the 23rd of February in Australia and New Zealand. To celebrate the launch, Capsule Computers were invited to an event to celebrate its release this past Tuesday in Sydney. In addition to a presentation, which featured a few interesting announcements, thirteen launch titles were available to try out. It was a great night where the media got to try out first and third party games, as well as mingle with each other. Being the Playstation expert of the site, I was the one chosen to celebrate the arrival of the Playstation Vita.

My first port of call is the platformer Rayman Origins. I can tell you that, if you are a fan of the console version, then you will be a fan of the Vita version. The gameplay is the same as any platformer out there, you can run, jump and attack enemies with Rayman or any other character featured in the console version. I had tried the first two levels and I am impressed. The artwork benefits the 5 inch OLED screen, bringing out the colour of the game. They were quite easy, as the first few levels should be, but also showed promise. This is one game worth picking up at launch, especially if you want to take Rayman on the go. 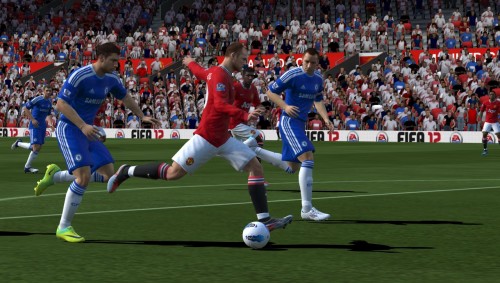 My second game was Virtual Tennis 4. Sega’s tennis game is definitely one for the tennis fan. I played a couple of matches with Rafael Nadal against opposition chosen by the computer. Both physical and touch controls can be used and they are not enforced. You can move your player by touching the spot and slicing the screen will execute a shot. The touch controls are quite smooth and accurate, but will take time to get used to. What works best is the combination of both physical controls for movement and touch controls. Graphics are gorgeous. They come pretty close to their Playstation 3 counterpart.

Next was FIFA Football, another sport game. I tried out one game of the North London derby, which is between Arsenal and Tottenham of the English Premier League. The presentation of the game reflects the console counterparts. So does the gameplay, with, of course, touch control capabilities. The front touch screen controls passing, as well as selecting players while on the defence. I wasn’t that impressed, mainly that it will only do simple passes. The rear touch pad, which is used for shooting, did impress me. The rear touch pad becomes the goal, so all you do is tap a particular area and it will go in that direction. Holding the pad down will increase power. First time I had tried it I scored with Robbie Van Persie. I can say with confidence that this is one for the soccer/football fan. Sadly, there is no Ultimate Team mode.

Escape Plan was the fourth game I tried. The downloadable title can only be described with one word: quirky. You control two characters, Lil’ and Large, in this puzzle game. In terms of gameplay, all the player uses are the touch controls, both the front screen and the rear touch pad. Swiping the screen across will move the characters while tapping on various objects will interact with them. What did grab my attention was the art style of the game. The game is black and white and the designs of the characters are quiet alien. Yet, the designs bring out a little bit of their personality. I am surprised at it and it would be one of the games I would suggest at launch, even if it is only on the PSN. Don’t let the touch only controls be a deterrent to pick up Escape Plan, as it is one of the best uses of touch controls for the system so far.