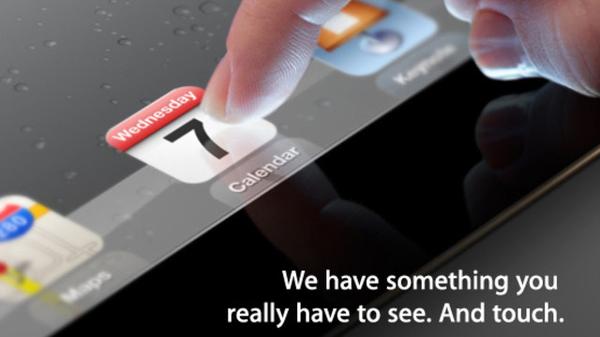 Apple recently sent out invitations to an upcoming event in San Francisco.  Starting at 10:00 am on Wednesday, March 7, 2012 Apple will announce their next tablet.  As you can see from the image above, Apple clearly has a surprise up their sleeve.  Some have speculated that the next iPad will have a higher resolution screen, perhaps set at 2048×1536.  However, others have said that the next iPad will include tactile feedback. The tech community has also noticed that the “Home” button in the screenshot above is missing, suggesting that the iPad hardware will be redesigned in some way.  What do you think?  What are you hoping to see in the next iPad?