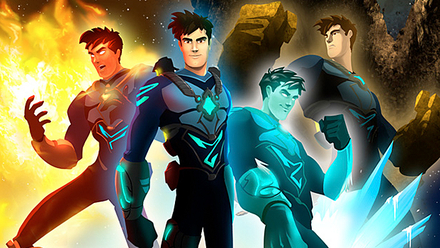 Crocodile Entertainment Studios, an European based game studio, has made their debut on the Playstation Store. The game they present is called Zack Zero. It is a platformer set in space with hack and slash combat, treasure hunting and puzzles. Zack Zero is also the name of the protagonist, who must save his love Marlene who is in the clutches of the evil Zulrog. Zulrog wants to use Marlene as currency for a unique material known as kelestinia, which is used for time travel. I wonder why he wants to time travel?

The whole game has been developed with 3D animation and will also feature an online leaderboard. Also, expect the game to be available in five languages: English, French, Italian, German, and Spanish. The game is out now on the European Playstation Store. You can check out a trailer below.