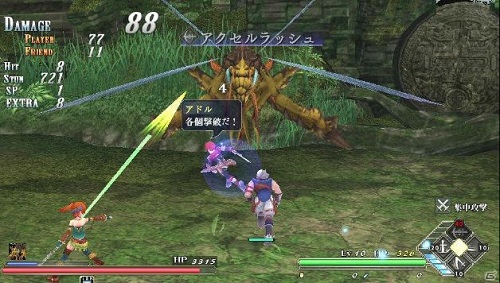 It looks like Ys Celestra: Sea of Trees will be close to localisation in English if an interview with Gamasutra is led to believe. Falcom president Toshihiro Kondo was quoted in the interview, saying “We’re hoping the Western audiences will really enjoy our new PlayStation Vita Ys game, Celceta no Jukai, and we’re putting a lot of effort into it.” This means that the game is more than likely already been approved for an English release, which would make Ys fans jump for joy. An early (and probably only) contender for the localisation duties would be none other than XSEED, who has worked on The Legend of Heroes: Trails of the Sky, another Falcom game.

In the same interview, Kondo also revealed that releasing their games into the US market will allow the software developer to better understand which parts of the game are lacking. This is to make sure that the developers can make games that will appeal to both Japanese and Western markets. A word of caution, however, because if it all goes wrong, the developer might end up alienating both the Japanese and Western markets.