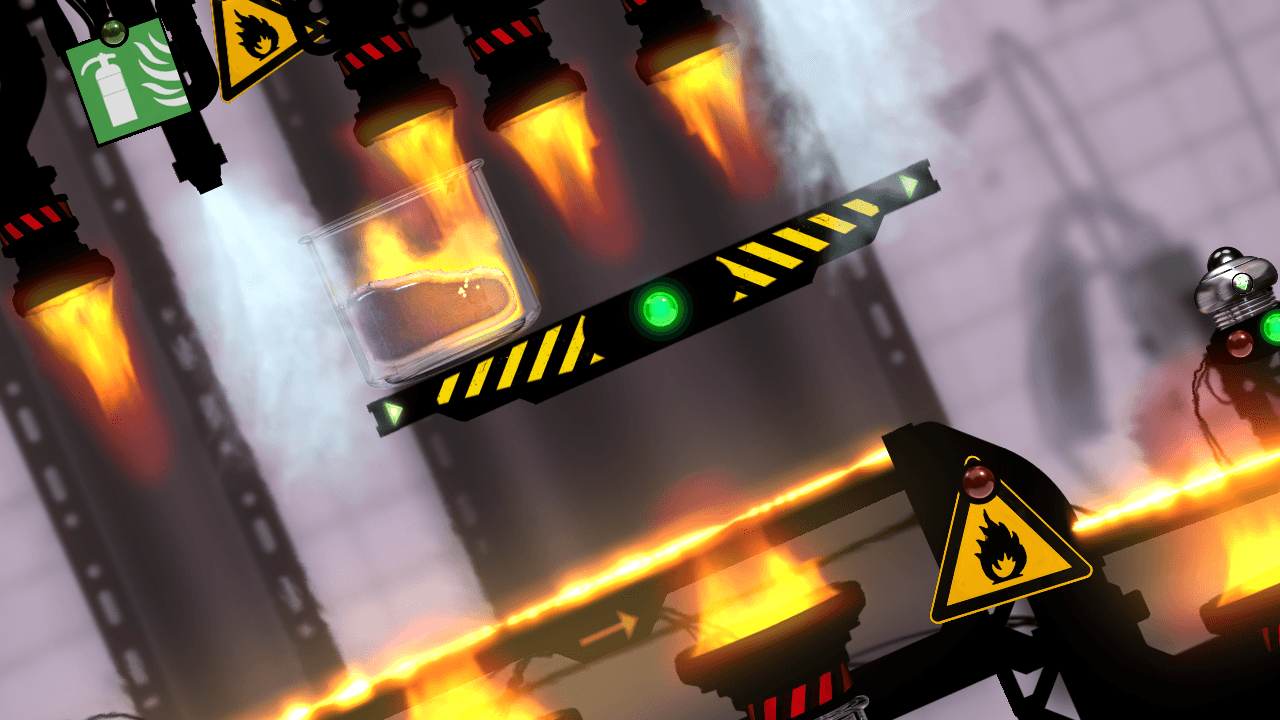 Puzzle fans, get excited, as Konami have graced us with some new screenshots and North American release dates for the awesome looking and exceptionally innovative “Puddle”, coming to XBox Live Arcade on 25th January and shortly after on the 31st for Playstation users. The new screenshots give a small glimpse of the enormous variance in environments as well as some of the cool looking obstacles, such as electricity and ray beams players will have to navigate the various forms of liquid through. Think Mercury but on a much grander scale with varying liquids all with different physical limiations and reactivity levels to the environment. From following a blob of radioactive fuel thorugh a rockets blueprints to teaming up with water as it makes its way through the human digestive system, theres truly something for everyone. Puddle was originally conceived as part of a student project, winning a showcase prize at Independent gaming festival as part of the Gaming conference of 2010. The aim of Puddle is to guide a variety of different liquids through a variety of environments including the human body, gardens and many many more. Rather than just simply controlling the fluid, players must manipulate the environment, tilting it in favour of the particular liquid and its  particular properties, balancing gravity, friction and of course the pesky obstacles thrown in the way. The levels are also partially hidden from players, making the task much more difficult, not knowing what is coming around each corner.

Paradox CEO says retailers on the way out

Borderlands’ ClapTrap and the AIAS Awards