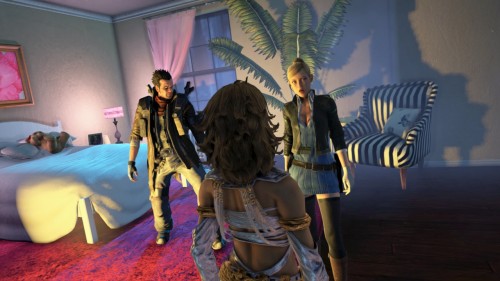 The wait to finally tear your head off and toss it through a basketball hoop will soon be over as Konami’s NeverDead is set to be released next week on January 31st. Well, for now you can at least take a look at these new screenshots and pieces of artwork that were released today by Konami.

Now while decapitation, dismemberment and catching fire may seem like it would be the death of any normal protagonist, Bryce never has to worry about that because he has been cursed with immortality and must fight against the demons destroying the world. Those eager to pick up the title can do so on either the Xbox 360 or PlayStation 3.

Heads, among other things, roll in these NeverDead screenshots

Your head will roll with NeverDead released today in stores