The rumour mill can finally stop. After a weekend full of speculation a THQ spokesman has released a statement firmly denying that the company is cancelling its entire 2014 line up and its Warhammer MMO:

“THQ has not cancelled its 2014 line-up, and has not made any decisions regarding the planned MMO. As part of the ongoing review of our business, we have made decisions to ensure that the company is strategically addressing the most attractive markets. As we have previously announced, we have dramatically reduced our commitment to the kids’ boxed games sector which leads to a significantly more focused release schedule moving forward. Our slate for calendar 2012 and beyond is focused on high-quality core games and continues to build our digital platform and business. We are excited for our pipeline of original and high-quality content along with our relationships with some of the best talent in the industry.

“Additionally, we are thrilled with the great performance of Saints Row: The Third, which on a like for like period in North America has tripled in sell-through from Saints Row 2. In addition, WWE ’12’s worldwide sell-through sales are up almost 40% year-over-year for the same sales period with fewer platforms. According to NPD, for the month of December and the 2011 year, THQ was the #5 publisher overall, #4 third party, with reported sell through growing over 18% in a market that was down almost 6%. And coming up next, we have two great titles for the first half of the year including UFC Undisputed 3 and Darksiders 2.”

So there you have it. No 2014 cancellations, no decision on Warhammer.

Miss all the fuss? Check out our summary of all the ups and downs of the weekend here.

THQ drops out of children’s market, focuses on core titles 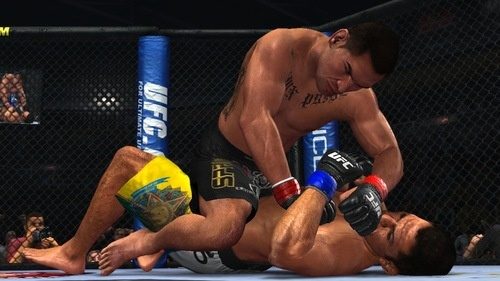