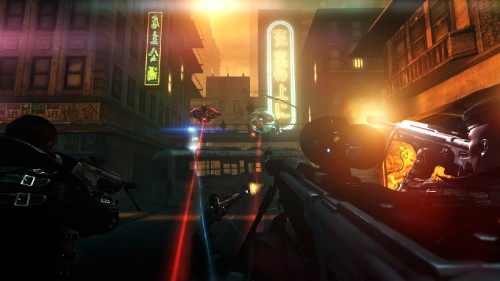 Well, you could be a bit more vague with your demo announce time but considering the fact that EA’s Syndicate is scheduled to be released on February 21 in North America, Febraury 24 in Europe and never in Australia it’s always good to try and land the demo a few weeks before the game is released.

EA has revealed that they will be releasing a four-player co-op demo onto the PlayStation 3 and Xbox 360 sometime at “the end of January” and it will only be available for “a limited time.” In the demo players will have access to one of Syndicate’s nine co-op missions and players will work to assassinate Cayman Global’s “Colonel Enrico Gabron” and steal his blueprints after infiltrating the building. Check out the trailer below for more info.