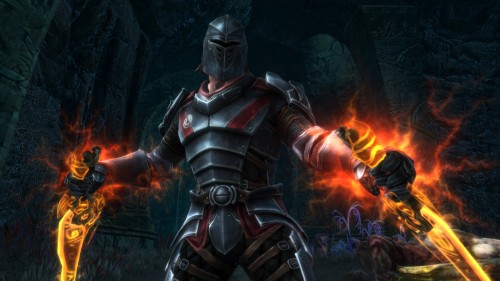 Next week on the 17th of January, Kingdoms of Amalur: Reckoning will finally be available in demo form on the Xbox 360, Playstation 3 and PC. That’s not the end of it though. 38 Studios, have teamed up with Bioware for a special cross-promotion between game demos, for unlockable content for the full game of Reckoning and the full game of Mass Effect 3.

So if you want to get in on some exclusive content for Reckoning or Mass Effect 3, be sure to download and play both demos on January 17th.

38 Studios successfully pays its monthly due to Rhode Island