Did you hear? They discovered alien life this week! Aaaaand it’s coming to kill us.

Within a kitschy 1950s sci-fi setting, players must send satellites into orbit around a planet, moon or space station, and rotate them to the best position to intercept Gorg’s advancing army of flying saucers, in a revolutionary (geddit?) tower-defense style play.

I love the style of the game, and while its gameplay might not look as “revolutionary” as they claim, it still seems pretty fun.

Watch out for our review this week, but until then, have a look at the launch trailer below to get a sense of the retro charm on offer. 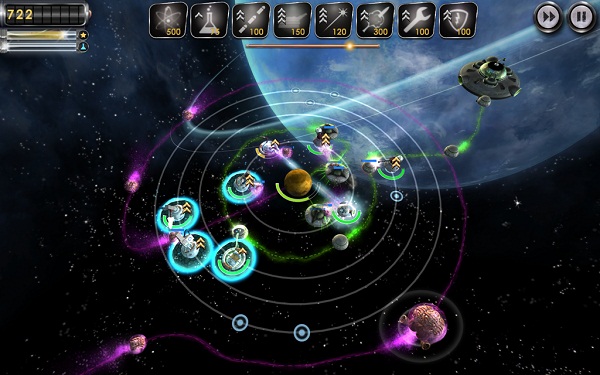 Cubemen comes to iPad and Mac