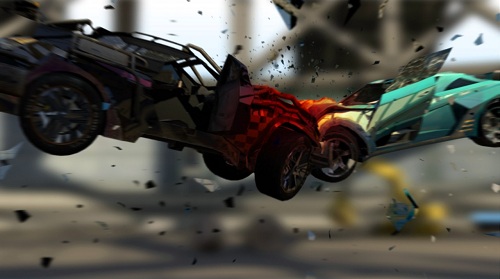 While some people just love to watch cars race around a track or race through the streets, other people simply watch cars going fast so that they can see the disastrous crashes that will likely happen at any given moment. For those type of people there is a game coming to the PlayStation Network just for you.

On February 9th Version 2 Games will be releasing Smash ‘n’ Survive, a game where players will be able to choose from 30 “brutal concept cars, including muscle, agile, monster, buggy and SUVs,” and do combat on ten different maps and attempt to destroy each other with plenty of fancy weaponry including flamethrowers. It will include a number of different game modes including a few team modes and something called “plant the bomb.” The title will also include a campaign mode, two player split screen and a six player online multiplayer that will be available in April 2012 as free DLC.