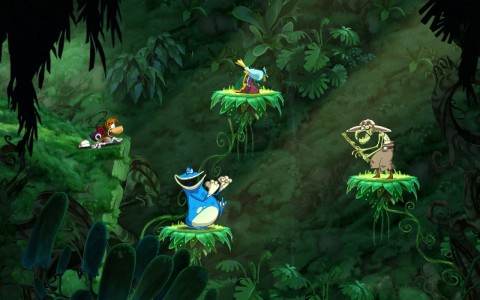 Rayman Origins was one of the more anticipated and highly rated platformers of last year, and it has already been released on the Xbox 360, PS3 and Wii consoles.  However, the game is also coming to the Playstation Vita and Nintendo 3DS. Now, we have a release date for the 3DS version of the game, at least in Europe.  Ubisoft has confirmed that the game will launch on the portable machine on March 16, 2011.  So far, a North American release date for the game has not been set.  You can pick up the game on Xbox 360, PS3 and Wii right here for 50% off.