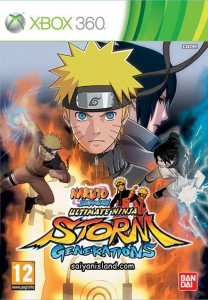 Namco Bandai have revealed that since the first Naruto game (Naruto: Konoha Ninpocho for the Wonderswan Color) released in 2003 to the latest release (Naruto Shippuden: Ultimate Ninja Impact for the PSP), the franchise has shipped over 10 million copies since it’s inception.

That is no small feat, but take note that this is world-wide sales we are talking about here. The next instalment in the Naruto games franchise, Naruto Shippuden: Ultimate Ninja Storm Generations is set to release on the 29th of March in Australia and New Zealand.

What do you think of this monumental achievement for the Naruto games franchise? Did you contribute to that massive number by purchasing one of the titles? Let us know your thoughts in the shoutbox and comments section.