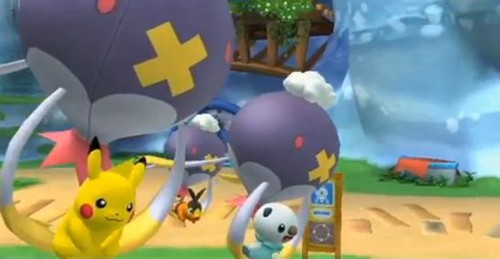 When Pikachu had an adventure on the Wii a while back, I passed it up completely as Pokepark Wii seemed to be more of a simplistic cash-in for the franchise as a whole. After seeing the promotion for a sequel that has rose up over a year later though, things are looking up for the series. In a new trailer for PokéPark 2: Wonders Beyond, we get to see Pikachu and the three Unova started roam around the region and dish out special abilities to their opponents.

Yes, it’s still not the same as Snap or the Mystery Dungeon series, but this follow-up seems to be better built all around and packed with more fan service than any Pokefan could ask for. Multiplayer, mini-games, and the standard fare all look to have improved greatly, and those thirsty for more monsters to interact with should now take notice. Check out the trailer below for yourself, and mark your calenders Pokefans, as PokéPark 2: Wonders Beyond launches on February 27th for the Nintendo Wii.