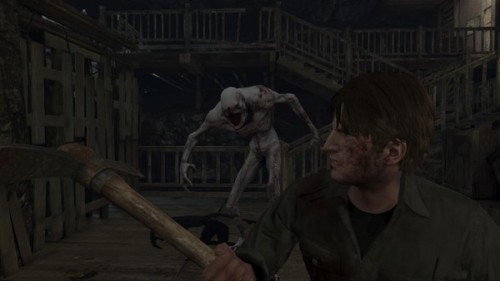 Today GameStop has revealed what fans can expect to receive if they happen to pre-order Silent Hill: Downpour from them and then pick it up when it is released on March 13th on the PlayStation 3 and Xbox 360. Those who pre-order will receive two special weapons that are, at the moment, exclusive to GameStop.

The two weapons players will receive will be the Double Axe which is a powerful melee weapon that allows you to get medieval on the creepy monsters you will face off against and the Nail Gun which will have more ammo than your normal gun so you will be able to kill more creatures before needing to reload.