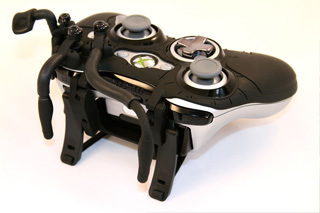 The instant meme PR disaster of N-Control is being avenged.  After firing their PR and relaunching their social media and website, N-Control has also made an attempt o help the community.  N-Control announced that they are donating $10,000 to Child’s Play, as well as well $50,000 worth of Avenger products, including the “Avenger” controller attachment. Many of N-Controls products are designed to help those with disabilities play video games. However, hardcore gamers may be interested in these controllers as well.

In other news, N-Control announced that they are suspending orders for now so that they can focus on fulfilling backorders.