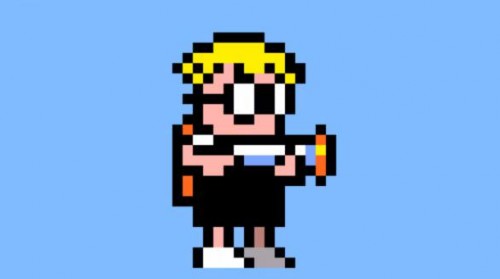 If you haven’t yet noticed, the eShop has been taking off lately with the releases of Freakyforms, Pushmo, and Mighty Switch Force. Renegade Kid are looking to further this pleasing trend with their new platformer, Mutant Mudds. To catch you up, Mutant Mudds puts players in the role of Max, who sets out to take out an entire Mutant Mudd Army. To do this, Max has been equipped with a heavy-duty water cannon and H20-powered jet pack and is also able to jump into the foreground and background to fully explore his surroundings. Sounds awesome, right?

Two new trailers have now hit the web for Mutant Mudds, which you can check out below. The release isn’t too far off either, so we should be hearing an official release date sometime soon. Based on what we have seen so far, Mutant Mudd’s looks to have a fantastic soundtrack and design overall, which makes me think we might be looking at 2012’s equivalent to Cave Story..and just what the eShop has been needing.