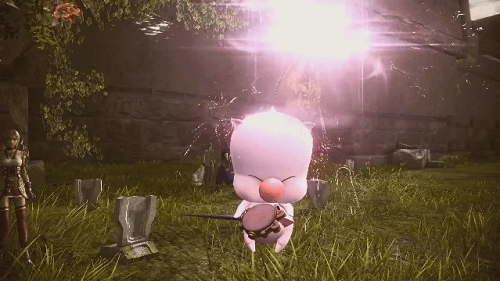 While most Moogles may only be able to say kupo, the Moogle that will be joining you in can not only speak full sentences and turn into Serah’s weaponry but also help you out in a number of other ways as well. Square Enix released the below video earlier today which details all the features that will have been added into Final Fantasy XIII-2 involving your new Moogle friend.

In the video we see a few things that have already been revealed, such as using the Moogle to find hidden items, throwing the Moogle to reach distant objects, and finally to determine your benefits or detriments before entering a battle through the Mog Clock but it is good to take a second look at this information as a refresher course on the Moogle’s features can only be beneficial as Final Fantasy XIII-2 is set to be released later this month in North America and February 3rd in Europe.