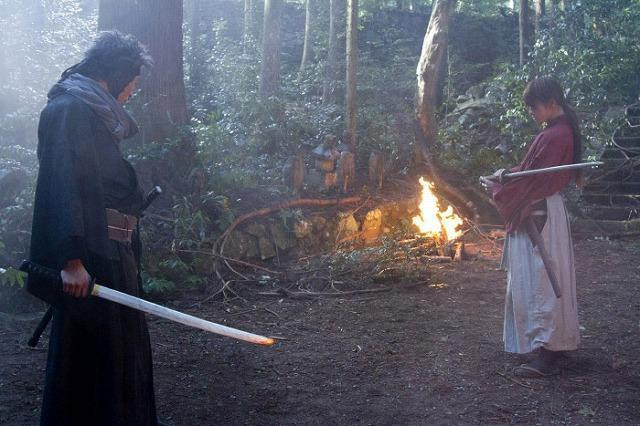 After the first few images were released of the live action adaptation of Nobuhiro Watsuki’s Rurouni Kenshin manga, hype for the movie even in the Western world has skyrocketed. As such it is good to see that Japanese website Eiga has continued to release a few more live action images. The images can be seen below and this includes a face-off between Kenshin Himura and Kurogasa.

The images were taken from the movie as it was being filmed on location at the Anraku-Ritsu Temple in Shiga Prefecture’s Otsu City. As you can see only a few of the screenshots only show what the movie may look like when it is finished while the rest are rather obvious that the live action is still in production. As you can see below a trailer was also released quite some time ago that gave us a hint as to how the movie will look in motion. Do you believe that this live-action adaptation will live up to fan’s expectations or will over hype create an unmeetable level of expected quality?