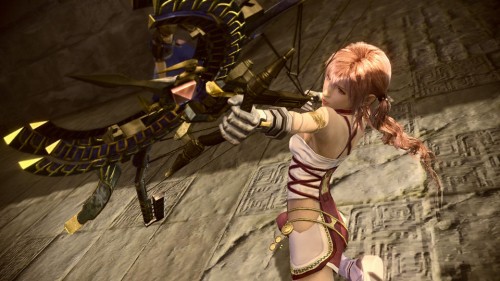 With the release of Final Fantasy XIII-2 at the end of this month in North America, Square Enix has prepared a demo for the title and has made it available on the PlayStation 3 and Xbox 360 today. The demo is quite large in size and will take 1.29GB of space so one can imagine that the demo is quite expansive.

In the demo players will enter the Bresha Ruins where Noel and Serah will fight against Atlas, a giant monster that will appear often throughout parts of the title. In this area players will be able to test out all of the new features added into FFXIII-2 such as the Live Trigger events and conversation system, sub-quest system and even the ability to capture and use monsters in your party.