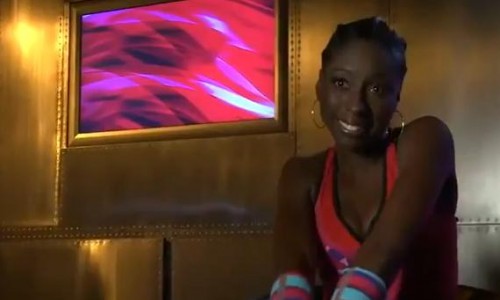 There is a good chance you haven’t heard the name Erica Pierce before, but if your a Zumba fan, you soon will be seeing her on your television screen. Why, you may ask? Well, Erica won a contest to be in Zumba Fitnesss Rush, the upcoming Xbox 360 Kinect follow-up to the hit title, Zumba Fitness.

Majesco recently released a video showing Erica’s journey, as she gets motion tracked and her model scanned to become an instructor in Zumba Fitness Rush. It’s a rather interesting clip to see for fans of the extreme fitness titles, or really anyone who want to see just what it takes to bring Zumba into the video game universe. Check out the video below, and prepare yourselves for a sweat as Zumba Fitness Rush hits shelves on February 29th.