SOPA, one of the worst bills in US history, has garnered the support of the Entertainment Software Association (ESA). The ESA supports publishers and developers and is responsible for events like E3.  However, their support of SOPA has made them enemies of gamers, techies, journalists and ANYONE that uses the internet.   After all, SOPA would give governments nearly unlimited power over the Internet if enacted and many are worried that our free speech would go out the window.  Nearly everyone (except for content holders and the ESA) agrees that the bill should be killed. Thankfully, Epic Games agrees that this bill should die.

Although they are a member of the ESA, they have written that: “We do not support the current version of SOPA.  We are members of the Entertainment Software Association (ESA), a trade organization that is working with legislators to refine the bill.  Epic Games supports efforts that would stop overseas websites profiting from pirating our games, but we have to do that in a way that’s compatible with freedom of speech and due process of law.”

In addition, 38 Studios has also spoken against SOPA, writing: “Based on the SOPA bill’s current structure, 38 Studios believes that the bill requires further restructuring and review to ensure it both preserves rights and protects intellectual properties. Please know that we take this issue very seriously.

Trion also has come out against the proposed legislation saying: “We definitely do not support SOPA. We’ll be calling the ESA about this.

Hopefully each of these companies will get the ESA to change their mind and keep this bill from becoming law. 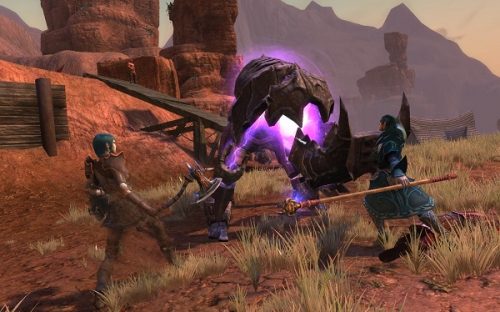