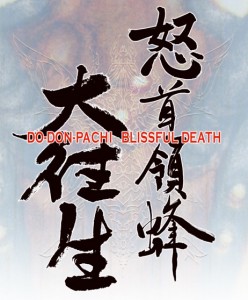 Cave seems to be going a little crazy with their shooter releases, as they show off yet another new title in their flagship franchise, DoDonPachi. DoDonPachi Blissfull Death is one of three DoDonPachi titles planned for this year, and this one is for the iPhone and iPod Touch handheld devices.

The debut trailer shows of a ton of gameplay footage and from what I can see here, the gameplay looks to be typical DoDonPachi. It looks to have the typical insane bullet hell gameplay, and the trailer even shows off some massive boss battles and bits of the artwork.

DoDonPachi Blissful Death is expected to hit the App Store sometime in February.

BETA TESTES NEEDED For The Chronicles Of Inotia : Wanderer Of Luone