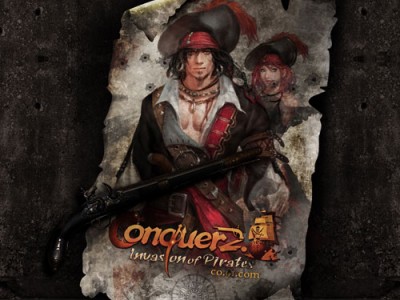 MMORPG Conquer Online has been announced to receive a new expansion, called Invasion of Pirates, which is set to be released on January 11, 2012. In this new expansion you get to have a whole bunch of new skills, all of which (surprise, surprise) have to do with piracy. You get to play around with skills such as Blackbeard’s Rage and Kraken’s Revenge, and I’m assuming something to do with rum. But that’s just speculation.

What could be more awesome? Now you can settle the argument of whether Priates or Ninjas would win as the Western mongrels come up against the deadly Easterners.

The new Pirate class comes with combat of both rapiers and pistols, and you can channel power and precision as well as the most explosive combat in the game. Pirates can take down enemies on land or sea, and they can easily become the most deadly in PvP battles.

Check out the trailer for the expansion pack below! Go HERE to check out the new skill list for pirates and start planning!