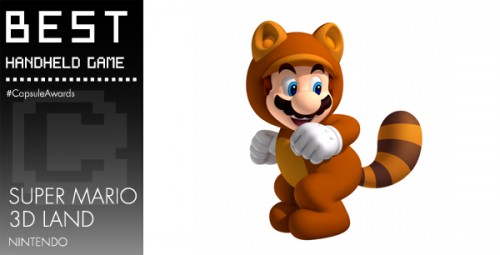 Without a doubt, the year of 2011 was the year of the portable. We seen a new generation of Pokemon games born, the PSP delivered several great RPGs, and several smaller titles like Monster Tale and Ghost Trick gave us a ton of reason to keep gaming everywhere. Even with all those huge releases though, no game was more anticipated for handhelds  in 2011 than Super Mario 3D Land.

As many of you know, the 3DS started off very slow and many investors spent all of the year criticizing Nintendo for the lack of any substantial releases on their shiny new portable. Early adopters of the system and those who were planning on splurging later still held out hope though, as a new Mario game was to be released late in the year and Mario has a knack for coming to the rescue during dark periods. Come November, Super Mario 3D Land was finally released in stores. Was it revolutionary? You bet it was.

3D Land was only exceptional at being a fantastic Mario game…but since when was that ever a bad thing? Platforming in the third dimension was delivered without a flaw, the soundtrack was utterly nostalgic but still felt new for the franchise, and the story gave us yet another reason to save Princess Peach from Bowser all over again. From Tanooki Tails to Toad Houses, this release delivered everything we love about our all-star plumber and gave DS owners everywhere a definitive reason to upgrade, eventually setting sales for the handheld on fire.

Super Mario 3D Land is the Handheld Game of the Year because not only was it a must have, but it also pulled the 3DS off life support and secured the portable’s status for the next generation. How’s that for an impact?

10 million copies of Skyrim shipped; dragons take over the world 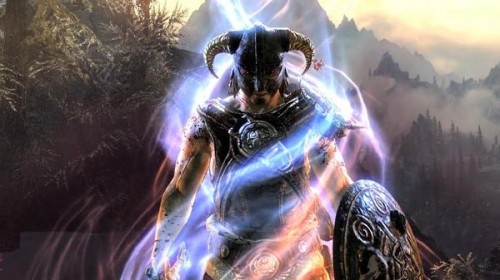