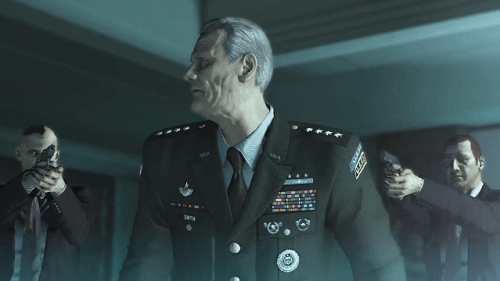 Today Sega has released a new video for Binary Domain and rather than focusing on action or gameplay, we are treated to a five and a half minute cutscene pertaining to the assassination attempt on Mr. Bergen. Not only do we see how someone who believed they were completely human killed outright as soon as it was revealed he was a robot, but we also learn more about the Hollow Children.

In the video you can see below we learn that the man who tried to assassinate Mr. Bergen has been around for at least thirty years before its destruction and that Hollow Children believe that they are 100% human. Though this would be a bit odd, because metal detectors would just be going nuts anytime a Hollow Child went near them… Still, we’ll know much more next month on February 24th in Europe and February 28th in North America when the game is released on the Xbox 360 and PlayStation 3.