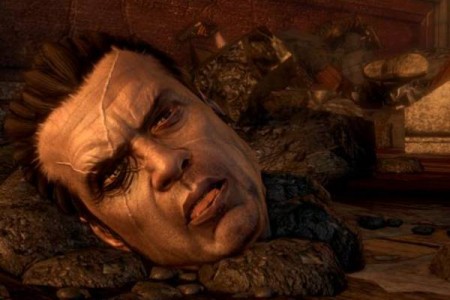 Even though it has yet to be released, Konami’s latest game, NeverDead, will be receiving some DLC post-release. However, one of these DLC offerings seems to be quite humourous. First up is the ability called “Desperate.” Equipping this ability will give demon hunter Bryce Boltzman a bit of a damage increase the more limbs he loses, kind of like a critical damage increase after reaching critical health. The second DLC is called “Cowardly Words.” This DLC does not give any boosts to Bryce at all. What it does do is give Bryce some extra firepower in terms of words. Extra comments during battle are this DLC’s purpose, adding a bit of attitude during battles.

Both of these abilities will be available for those who pre-order the game at selected retailers, unfortunately. I wonder why publishers add exclusive content to some stores and not others. It would be smarter for each store to have the same pre-order content to boost sales anywhere, but what do I know? NeverDead is slated for release on January 31 for the Playstation 3 and Xbox 360.