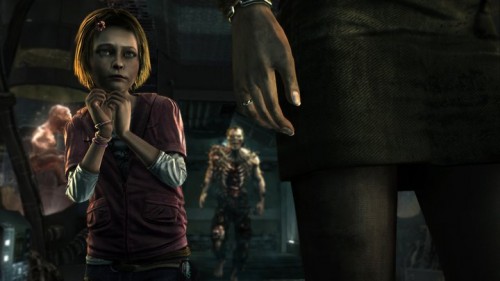 Originally, Amy was meant to be a PlayStation 3 exclusive but developer VectorCell chose to release the title on multiple platforms. After that surprising reveal months ago, they are back to give us another surprising bit of news… the highly anticipated horror title Amy is going to be released next week! The game will be released on January 11th in Europe on the XBLA and PSN with the US release falling on January 11 for XBLA and January 10 for the PSN.

They also chose to release the pricing details for Amy as well with a bit of a surprise as well. The game will cost $12.99 on the PSN and only 800 MS Points on XBLA. Those who know the price structure of the Microsoft Points should see that the Xbox 360 version of the title is actually $3 cheaper than the PlayStation 3 version. Very interesting news… Also those who are expecting a PC version will have to wait at least “several months after the PSN/XBLA version, and we can’t announce a date yet because we haven’t totally finalized our distribution deals.”