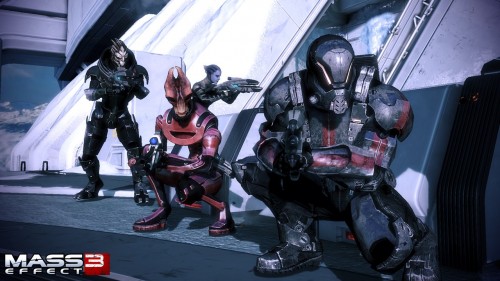 In a new episode of BioWare Pulse, the devs from BioWare Edmonton show off some of the new combat mechanics and abilities available to players in Mass Effect 3.

These include the Vanguard’s new ability to sacrifice his shields in order to send a shockwave bursting out from beneath him, the Engineer’s turret ability, an upgrade to Mass Effect 2’s Overload so that it chains across enemies, and the new heavy melee attacks. The video also demonstrates some of the new tactical approaches available to certain classes in unique combat situations. Biotics can pull the blast shields off of Guardians, and players with the Hack ability can turn turrets set up by the enemy Engineers against their creators.

The video also re-hashes the information released a few weeks ago about the Mass Effect 3 Collector’s Edition.

See the full thing below.