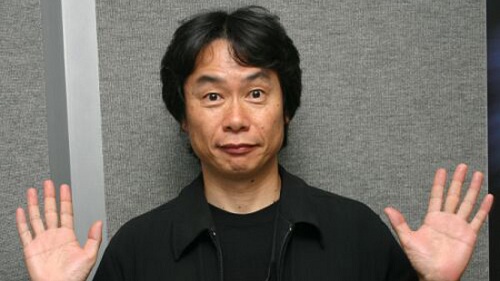 Last night Nintendo headman Miyamoto was quoted in an interview saying that he was going to be working on smaller roles within the company and essentially “retiring” from his current position. It appears however that this isn’t going to be the case or at least won’t be anymore. After hearing news about his potential “retirement” investors did what they do best and began worrying about the Nintendo stock causing it to drop 2% in half a day.

Nintendo was quick to deny these reports and a Nintendo spokesperson spoke with Reuters saying “This is absolutely not true. There seems to have been a misunderstanding. He has said all along that he wants to train the younger generation. He has no intention of stepping down. Please do not be concerned.” This is still some cause for concern, mostly due to the fact that a lot of wires must be crossed internally with Nintendo as they are flat out denying Miyamoto’s intentions to work on smaller projects instead of massive ones despite Nintendo’s insistence he never changes.