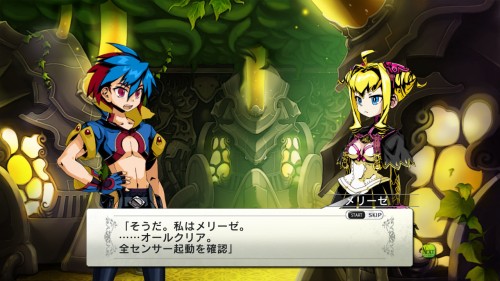 Nippon Ichi has released their first trailer today for the upcoming title Labyrinth Tower Legacista, or as it is being called in Japan, Meikyuu Touro Legasista. The title is being developed by System Prisma, the same company who developed ClaDun. The title is being billed as a “survival action RPG” by Nippon Ichi where one of the taglines for the game is to survive or die.

The video, which can be seen below, and contains both gameplay footage and dialogue sections with the various characters the player will meet throughout the story. As you can see, the game will feature ClaDun style combat but feature Disgaea-like interaction between characters. The title will be released in Japan on March 15th exclusively on the PlayStation 3 and currently doesn’t have a Western release date.