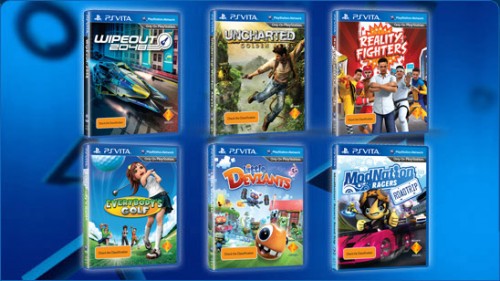 While we may already know how well the PlayStation Vita sold in Japan, we had yet to hear about how well each individual game wold. That is until today where game sales tracker Media-Create’s weekly top-20 sales report came out. The top 20 sales report actually extends up to the top-50 but only details how much each game sold is for those who are in the top 20.

Below you can find the Vita titles that were released at launch and their places on the top-50 list. Any titles not shown obviously did not sell well enough to make the top 50 list and obviously weren’t as popular. It is quite surprising to see that Hot Shots Golf: World Invitational actually was the most popular Vita title and is just as surprising that the more Western appealing title Uncharted: Golden Abyss was the second most popular. Find the full list below.