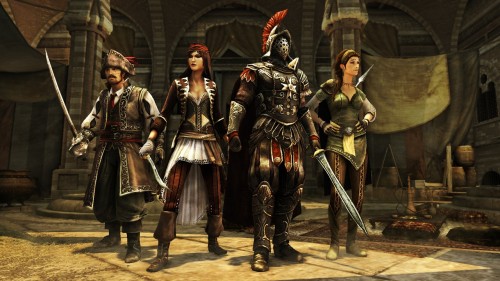 Remember yesterday when we mentioned that gamer’s could expect some Assassin’s Creed: Revelations multiplayer DLC next month on December 13th? Well now you can see what the characters added into the pack will look like. As you can see in the above trailer we will be treated to quite a unique selection in this “Ancestors” DLC package.

All of these new assassins will have different executions to help try and add some more diversity to the title. Still, who can complain about playing as a pirate assassin. Though I think walking around as a pirate would make one look more than a little out of place, though so would the giant suit of armor there… At least there are two more female characters for those who want to play as a female assassin now.

Ubisoft extend Assassins Creed: Revelations multiplayer BETA for another week due to popularity