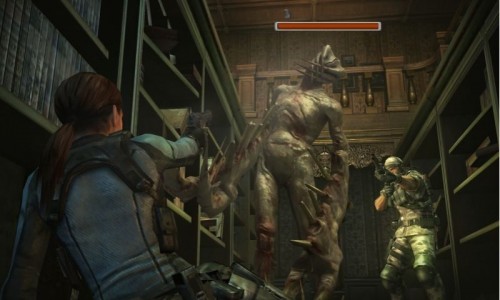 Keeping with the zombie themed news, Capcom has also released a new trailer for Resident Evil: Revelations. In this trailer we see that Resident Evil: Revelations will have a c-op gameplay mode known as “Raid Mode,” which allows players to team up and compete a set of objectives while they earn points by killing enemies and working together to upgrade their equipment.

Raid Mode also means that long-separated partners Jill Valentine​ and Chris Redfield will join forces again to work together, but a few more people can join the fun as well. Capcom also revealed that up to four players can play at one time, though not in Raid Mode. This means that Mercenaries will likely have at least one more multiplayer option. Check out the video below.