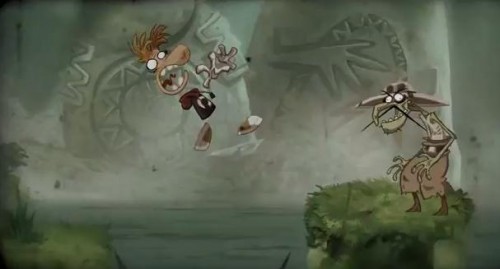 Next week there will be a playable demo of Rayman Origins on the Xbox Live Marketplace and Playstation Network. In Europe, the demo hits on Novemeber 9th with the North American demo release date somewhere around there as well. It includes “3 maps from the Jungle, Food and Ocean worlds. By collecting 9 Electoons, demo players will unlock a new costume. The demo also features a custom map to navigate through the worlds.”