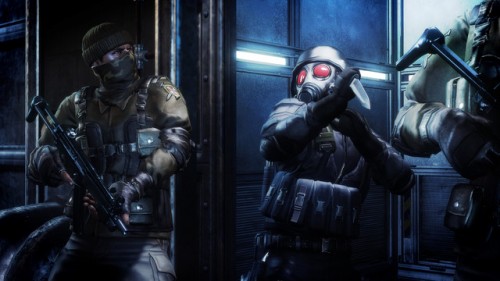 To top off all of their zombie themed Halloween announcements, Capcom has revealed a new trailer for Resident Evil: Operation Raccoon City. So far today we’ve seen news about a Raid Mode in Resident Evil: Revelations, as well as a new HD bundle that will be released on the PlayStation 3 with move capability.

But here is a bit of news for those who want to see something a bit different in their next Resident Evil game. Capcom has released a new trailer for Resident Evil: Operation Raccoon City and in it we are treated to our dear old friend the Nemesis from Resident Evil 2. Besides him we also see Claire and Leon working together to try and hold off the Umbrella forces. Too bad that the players are on the other side of the team this time around. Check out the video below.