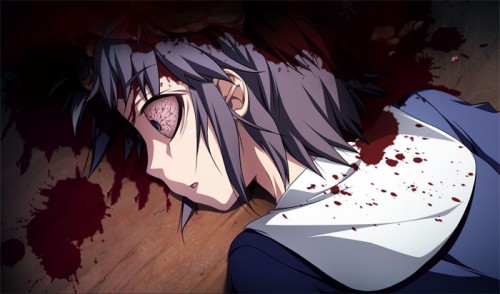 It appears that XSEED is going to bring the terror in just three short weeks, because earlier today they announced that they would be bringing Corpse Party to the PlayStation Network on November 22nd. The title will cost $19.99 and is absolutely terrifying sounding from what we have seen so far in various trailers.

For those who haven’t been keeping up, Corpse Party follows a group of students who have become trapped in a school that they are unable to escape from. In this school there are the corpses and souls of those who have died there in brutal ways. The player must try and survive as they make their way through the game and avoid an bad endings which could result in the very brutal death of a student. You can find out more at the game’s official website.