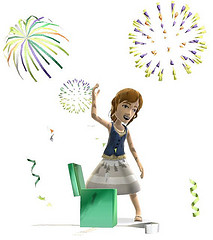 It is hard to believe that roughly ten years ago the original Xbox was released to the gaming crowd everywhere. But indeed it is true and Microsoft has decided to honor this milestone with a free Avatar prop to try and bring everyone some nice festive spirit. The prop is called the “Xbox Anniversary Prop” and is available free to all Xbox Live users until Saturday.

You can find the prop here to add it to your download queue if you don’t feel like turning on your Xbox 360 at this time to pick it up. While a prop is nice, what else would you like to see Microsoft doing for their 10 year anniversary? A sale of some sort perhaps?