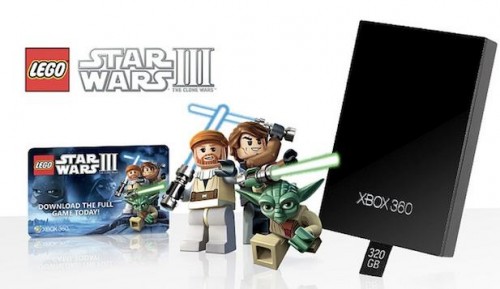 Been needing some space for that Xbox 360 S? You are now in luck as Microsoft will be soon releasing the 320GB hard drives by themselves for the price of $129.99. As we all know, that is a lot of memory and it can take a while to fill such a large device. Microsoft have thought ahead on that though and will also include a download voucher for Lego Star Wars III: The Clone Wars with every new hard drive, which is a pretty decent value for those who went with the 4GB Slim back when it launched.

No date has been given of when we will see these new bundles of sorts hit stores, but I would expect to see these out sometime during this holiday season.