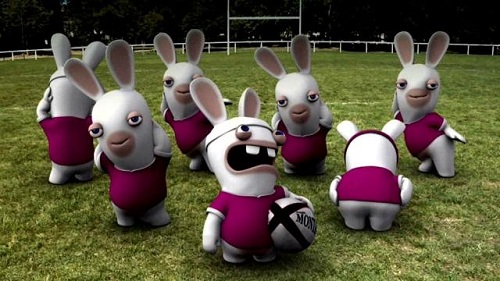 Never let it be said that a minigame collection is boring. Sure it may get repetitive after awhile but when a company throws in hilarious mascots it is enough to usually push a series to tolerable levels. Ubisoft’s Raving Rabbids however have become a symbol for what a minigame collection can be and has spawned many titles, usually for the Wii but also a number of other consoles.

Ubisoft Motion Pictures announced today that they will be creating a series of 78 seven minute CG cartoons with the rabbids and Nickelodeon will then combine these seven minute episodes into 26 half hour shows which will be shown worldwide two years from now on 2013. This way everyone can enjoy the crazy antics of the rabbids without playing the games!