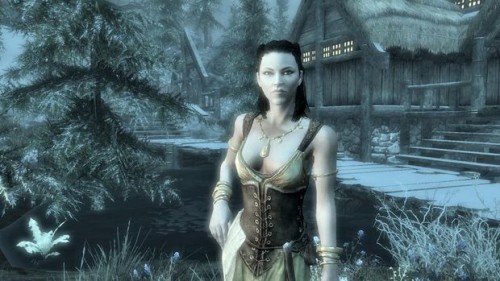 You know it is going to be a good day when one of the first things you see are a batch of new screenshots from one of the most anticipated games of the year. To be more precise, Bethesda has released a fresh batch of screenshots for The Elder Scrolls V: Skyrim which you can see below.

These screenshots show off a handful of things we have yet to see much of yet from the game. This includes magic, alchemy, and a bit of combat. Also there is a dragon breathing fire on an archer which is just awesome, as well as a few more sights that can be seen as you explore the new land of Skyrim. With just a little more than a month until Skyrim is released, you can expect that a lot of people are going to be saying goodbye to their social lives as they enter the world of Skyrim.