Over the past few months there has been quite a big hullabaloo going on between Zenimax (Bethesda’s parent company) and Mojang over the name of Mojang’s game, Scrolls. Notch who owns Mojang has developed the wildly addictive Minecraft announced on his Twitter earlier today that he had won an interim injunction that allowed him to currently keep using the name Scrolls.

Zenimax can appeal this decision to continue moving forward with the lawsuit. This interim injunction victory simply allows Notch to continue using the Scrolls name for his upcoming game without having to change anything until the final ruling on the case is made. The lawsuit originated from Zenimax saying that the name Scrolls could be affiliated by some with The Elder Scrolls series and they had to take action to protect their trademark.

Minecraft Mashes Up with Mass Effect 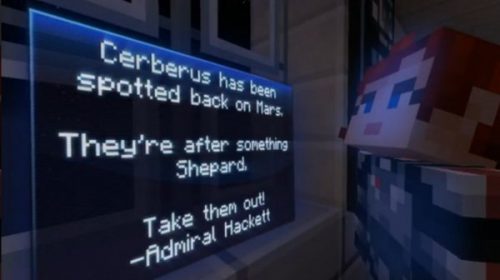