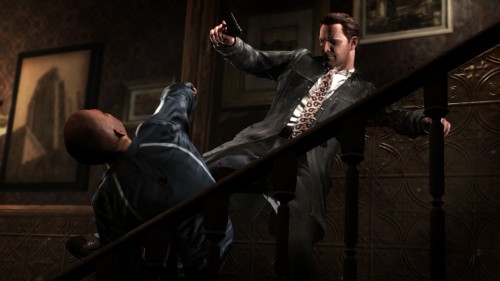 There are many faces of Max Payne and it seems in the next game you’ll be playing as him both pre-baldness and post attack with a shaver. The screenshots below show Max doing his famous bullet time maneuvers of jumping sideways while shooting bullets through the air and even kicking some bad guy in the face.

Also there is an image of a bald Max with his head in his hands, looking like a completely broken man. Perhaps Max Payne 3 could be called Max Payne: Midlife Crisis. I suppose that wouldn’t be as appealing though it seems that the next title in the Max Payne series will at least be as emotional as the first two.