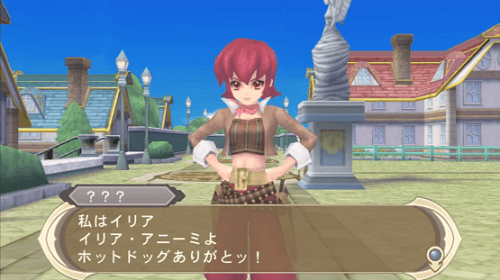 In an effort to promote their PlayStation Vita remake of Tales of Innocence, which Namco Bandai has decided to call Tales of Innocence R. The latest character to be re-introduced from the old cast of characters is Iria Animi, a hotblooded female fighter who uses two pistols to deal with enemies when she is combat.

You can see the video below, but of course the video is in Japanese so it would be best to simply watch the video and see how she will play in combat, and then take a shot and guess what she is saying in the latter half of the video.