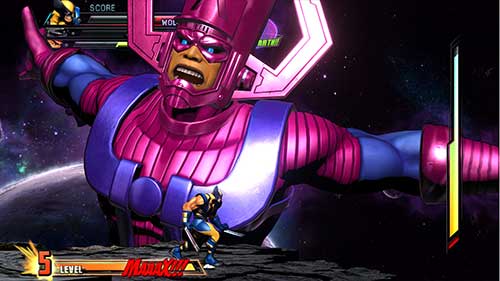 There has been much hate for Capcom’s Marvel vs. Capcom 3 final boss Galactus but it seems that this big powerful bad guy will be available to be played somehow in Ultimate Marvel vs Capcom 3. Capcom’s strategy manager Seth Killian revealed over the weekend during New York Comic Con that Galactus will be a playable character in this new skinned release.

Galactus will have his own game play mode though they were not able to go into more detail at the time. How do you think he could be added in to the game? Perhaps he could have his own little mini-game where you destroy planets, or a survival mode where you beat down all the other characters?