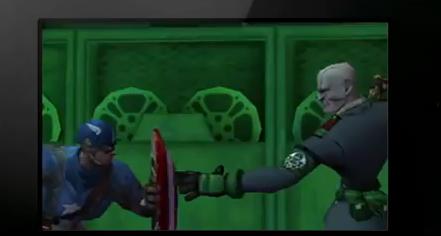 Captain America already made a huge splash in 2011 with an impressive release on consoles, but now the star-spangled hero is set to make his debut on the 3DS next week. To celebrate this release, Sega have now released a launch trailer for the game, showing off a bit of the action players can expect.

Aside from toned down graphics, this version looks pretty decent so far as it seems to execute the same beat-em-up/platforming elements that it’s console kin did so well earlier this year. The general narrative has also remained the same with the Captain’s main objective being to infiltrate the Hydra’s Castle and defeat the Red Skull’s army. Check out the launch trailer below for yourself and arm your shields, as Captain America comes to the 3DS on October 25th.