If you feel like playing as someone other than the big Batman when Batman: Arkham City is released next week then perhaps this bit of DLC news will park your interest. The recently revealed Nightwing is going to be made available in the form of a DLC package that will be released on November 1st. You can check out his character art below.

In this pack players will also obtain two new challenge maps, specifically Wayne Manor and Main Hall. Nightwing is going to have his own move-set and gadgets so he is thankfully not just a re-skin. Also announced was that the pre-order bonus Robin pack will be made available on November 22nd for those who didn’t obtain him. However these character packages aren’t going to be cheap as they will cost 560 MSP or $6.99 on the Xbox 360 and PlayStation 3 respectively. 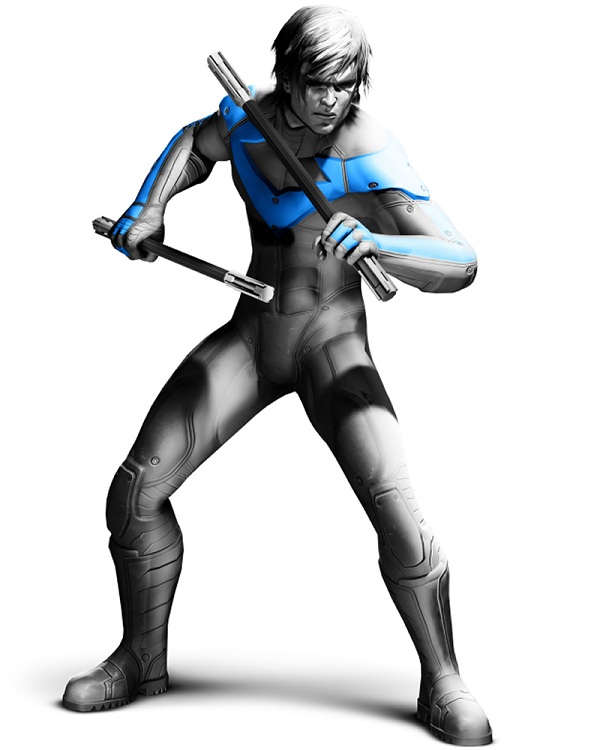